You are in: Home / Getting started / Teaching techniques / Go back to the context

Go back to the context 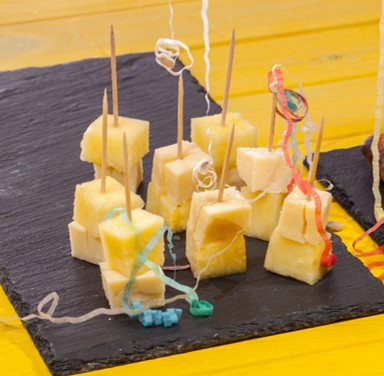 Find the cheese cubes lesson at the end of Exploring Space (G2).

When talking to learners about their experience with RME, they often refer to the contexts that most impacted their thinking. In describing volume, for example, one student mentioned “cheese cubes” — a context which helped him to link up the intuitive concepts of filling, layering, and fast counting. These important associations guided him in making sense of why (and when!) multiplication might be involved with finding volume.

Some students, when struggling to make sense of a mathematical problem, may naturally return to a familiar context. For the RME teacher, context functions as a pedagogical device for helping learners debate, justify and make sense of mathematical ‘rules’ or strategies.

Ways that you can pose questions that prompt students to “go back to the context”:

1. Ask students situate themselves inside a mathematical representation.

— Do you think you can throw a Welly that far? How far could you throw it?

2. Ask students to explain formal mathematics inside a given context.

3. Ask students to “draw something” or, in some senses, create their own context.

Why is this useful?

RME contexts are chosen for their potential to elicit powerful mathematical models.

Realistic Mathematics Education (RME) is perhaps best known for the way in which context is used as a driving force for generating mathematical thinking. As learners progress, they eventually come to operate in the context of formal mathematics, using mathematical symbols like ½, x2, sin(θ).   But, if they start at this formal level, the route back to more ‘everyday’ contexts is often lost. As a result, students may struggle to reason about these unfamiliar ideas.

Commonly in mathematics classrooms, students are shown a mathematical technique and then asked to apply this technique to various scenarios. Contexts in RME, however, aim to situate students inside a mathematical scenario and use discussion to generate a variety of strategies and models for this context. Here, the separation of oil from vinegar in a vinaigrette leads students to visualise (and perhaps even taste) ratios, ultimately moving to a more stylised representation of the oil to vinegar ratio. 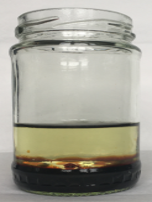 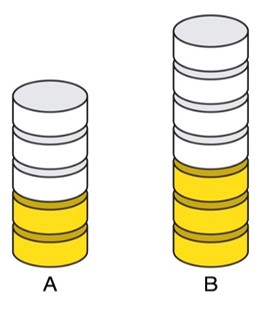 Contexts serve a function in RME which is more than simply motivation or application. Particular contexts are chosen for the way in which they underpin mathematical strategies like the bar model, or the use of brackets, as in our first Algebra module.  The context of taking orders at a fish and chip shop supports the move to brackets and gathering like terms. 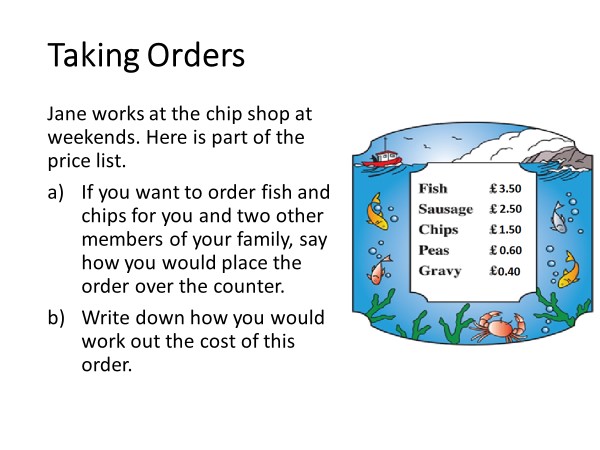 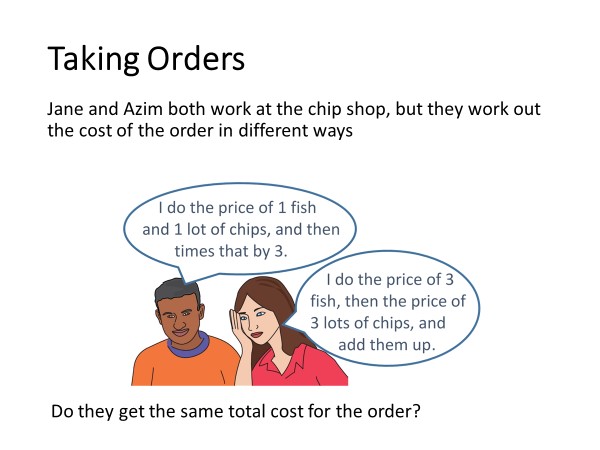 In staying close to the details of particular contexts, RME teachers support students in making connections across a range of representations and mathematical concepts. As they grapple with difficult ideas—like the percentage change problem discussed in this RME lesson—students will find that going back to the context can help them to make sense of what is going on.

Contexts make up the bottom layer of the landscape diagram for each module, serving as the foundations from which formal ideas can grow. Contexts are chosen to build on each other as they generate the key models and ideas of the module. It is this intentional design which makes going back to the context such a powerful technique.

Even when they move into more abstract maths—dealing with gradients or circumferences—students are able to go back to contexts that help them unpick and explain formulae. As your students’ mathematical imagination grows, numbers, geometric shapes and analytic functions will become contexts of their own.